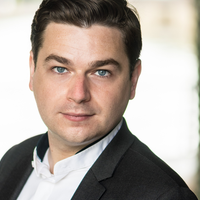 " Most promising lyrical Artist " of the ADAMI in 2017 and winner of several competitions (Gabriel Fauré - Déodat de Séverac Prize of the International Competition of French Melodies in Toulouse with the pianist Jeanne Vallée, 2nd Prize for Opera of the 2018 International Singing Competition in Marseille, 2nd Prize and Prize of the high school students of the 2019 Symphonies d'Automne competition in Mâcon), Kaëlig Boché is early noticed as a tenor to be followed among the next generation.

Native of Brittany, he started singing at a very young age, joining the Choeur d'Enfants de Bretagne and then the Département Supérieur pour Jeune Chanteur of the CRR de Paris. Recently awarded a Master's degree in Lyric Art from the Conservatoire National Supérieur de Musique et Danse de Paris with the "congratulations of the jury" (class of Elène Golgevit), his career has also been under the invaluable guidance of Anne Le Bozec, Stephen Genz, Charlotte Bonneu, Frédéric Rubay, Susan Manoff, François Leroux and Olivier Reboul.

He is regularly invited to the Royaumont Foundation and has been conducting artistic research on Brittany as part of his doctoral studies at the CNSMDP since 2020 ;  he has also been a member of the Studio de l'Opéra de Lyon, of the Académie de la Fondation des Treilles and has been offered scholarships for excellence from the Fondation l'Or du Rhin and the Opéra-Comique de Paris (Malvina and Denise Menda Fund).

His young career has already led him to sing the roles of the Teapot, the Little Old Man and the Frog (L'Enfant et les sortilèges) at the Opéra national de Lyon and the Muscat Opera in Oman, the Dancaïre (Carmen) at the Opéra de Dijon, and Frère Massée (Saint François d'Assise) at the Messiaen Festival, of Don Riccardo (Ernani) in concert with the Orchestre national de l'Opéra de Lyon  (led by Daniele Rustioni), of Edwige (Fervaal by Vincent d'Indy) at the Festival Radio-France de Montpellier, or of the Reciter (L'Enfance du Christ) with the Orchestre de Chambre Nouvelle-Aquitaine.

In love with the Lied and French melody repertoires, he regularly performs in recitals, with pianists Célia Oneto-Bensaid, Jeanne Vallée, Thomas Tacquet, Sébastien Joly, Tanguy de Williencourt or Adam Laloum.  He recorded a first disc of unpublished French melodies by the composer Jean Cartan with Thomas Tacquet for the Hortus label and a second one with Karine Deshayes, Marie-Laure Garnier, Alphonse Cemin and Raphaël Jouan based on the writings of Alexandre Dumas, for Alpha Classics.

Among his projects for the 2020/2021 season are the roles of Roderigo (Otello) at the Opéra de Saint-Étienne, Quipasseparla (Le Voyage dans la Lune) at the Opéra national de Lorraine, L'Aubergiste (Der Traumgörge) at the Operas of Nancy and Dijon, Tamino (Die Zauberflöte) at the Symphonies d'Automne    in Mâcon    and concerts with the Orchestre de Chambre Nouvelle-Aquitaine.

Download Kaëlig Boché biography
Before using this biography, thank you to ask for its last update, by email. 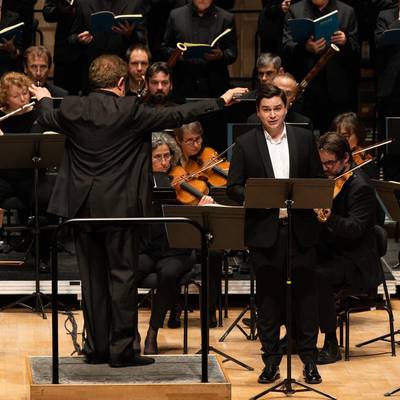 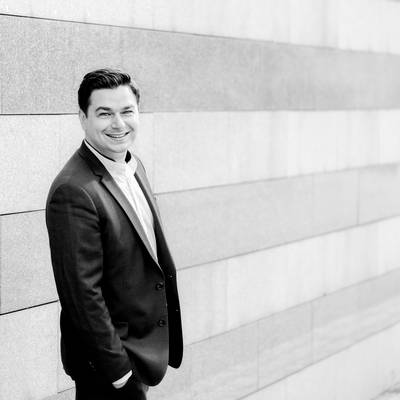 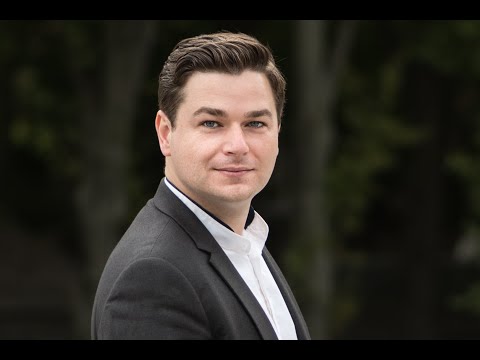